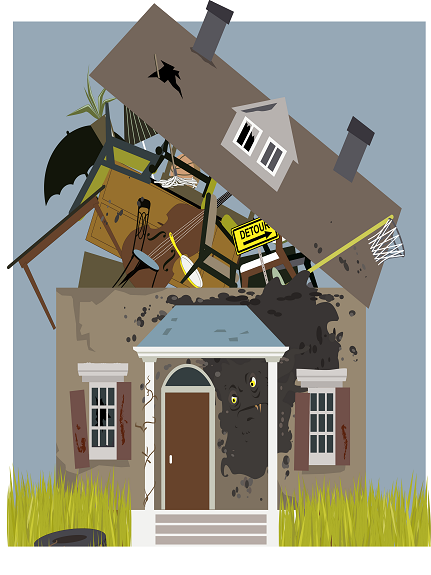 Find the most reliable Seffner junk removal and hauling service right here, when and where it’s most needed. Furniture removal is another service we offer, for either residential or commercial spaces. Or, if it’s junk clean up, that’s no problem at all. Plus, we are a local junk removal company that is proud to serve all of Seffner. Moreover, we can take care of unwanted items. Our professional waste disposal with recycling will have your junk cleaned up and cleared out. We are responsible members of the community by staying committed to recycling or donating your unwanted junk and items whenever possible. Storage unit cleanout isn’t a challenge for our crew. Neither is hot tub removal and that’s not all. We’ll do that shed removal for you. From property cleanouts to many other types of similar work, such as property clean up, we’re right here.

Haul From Anywhere On Your Property

Hoarding clean up is no DIY work. Take it from the team that’s done countless hoarding cleanouts. We’ve also done many garage cleanouts, too. Along with a bunch of business junk removal. Also, we are an affordable junk hauling company that will do nearly any odd job. Also, we know the area. Seffner is a census-designated place whose founding is uncertain. Some historians claim that Seffner’s streets were originally laid out in 1862, but not recorded as a plat formally until 1885. Seffner’s post office was opened in 1884, once a new railroad line in the area had been planned. After World War II, Seffner became a sleepy Florida town. Today, there are nearly 2,100 households, with a population of approximately 7,600 people. So, we make it a point to come right to your location. Be it along West Old Hillsborough Avenue, South Parsons Avenue, South Kingsway Road, or any other spot about the community.

We offer the best same day junk removal service in Seffner, Florida and handle all of the hauling, loading, and debris cleanup. Our professionals work with homeowners to dismantle and/or remove sheds, swing sets, hot tubs, unwanted furniture, and any other unwanted items from their property.

Property managers in the Seffner area can also trust us for junk removal from rental properties with efficient, and friendly, same day service. We can have the rental unit ready for new tenants right away.

**Our office is 15 to 20 minutes from your home or business.

Junk Clean Up Services in Seffner

There is no job too big or too small for AAA Rousse to handle. There are few things that our experienced professionals cannot dismantle and remove from your home or business. AAA Rousse Junk Removal and Hauling Service in Seffner, FL is your only choice for junk pick up and hauling services. Call us or book online to have your garage, attic, shed, or storage unit cleared out and cleaned up of unwanted junk and debris. 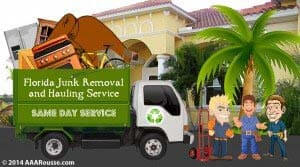 We do the work so you won’t have to do it yourself. Let us remove any unwanted articles from inside or around your home or business. The AAA Rousse service professionals will enter your home or business and remove entire contents or just a few designated bulk items. We will remove any junk from your garage, the backyard, the attic, go up and down staircases, or underneath steps, in order to remove anything and everything that you don’t want sitting around. We will do whatever it takes to get the job done. We also offer odd job services. Call or book online today!

Hauling Service in Seffner and nearby cities